I plunge, indolent, into this space,

Inhaling this world so soft, so gentille—

It is not my own,

Although it is the only one I have known.

Nursed by a soft breast tainted,

They gambol amongst blossoms,

Setting fire to the ideals

Of the gods they exalt.

(A life of tea-times punctuated by mundane masks of night, of day.)

(With a drunken indifference),

Knives into the hands

—Yes, these sanguine hands so wizened, so fragile,

Engulfed in the leaden, viscous swamp of history!—

Which tenderly nourish their souls.

Alas! their souls have neither hunger nor thirst,—

But for the romantic fragrance pervading French villas

(They float towards whose kingdom, these tea-stained feet?)

It is the aroma of a juvenescence

It is the aroma floating through windows opened to the balmy world,

Tempting me, my siblings;

It is the aroma of intoxicated men, trifling,

Planting in their barren gardens the ancient trees of another.

O tongue so accustomed to the clement wonders of saffron,

Which sings without pretension

Of foregone peoples, of a persistent, antediluvian greed!—

O tongue, that you may elicit from beneath the two lions’ lush facade

So luxurious, so intricately superfluous,

From the depths of the

Of the rooster of Gaul,

Silks of a lost race.

The feverish fervor of the previous night

I lapse into delirium.

Sitting arrogantly before me,

Are lost in reveries of their own.

Stolen from their ancestral hearths,

Their astringency now evokes but

Striding about in exotic, wintry Darjeeling and Fujian.

Amidst the unassuming piquancy of this miniscule river so vast,

One finds the pith

Swamped and eroded by those who purport to be our ancestors.

Aphorisms for the daughter half-prodigal (so weary)

Your mirror was gilded by the very god

in whose language we all dream.

dim the brume of your soft gaze.

I have come to love your creased hands,

Your abode is your native land,—return

that you may shun its high gates. 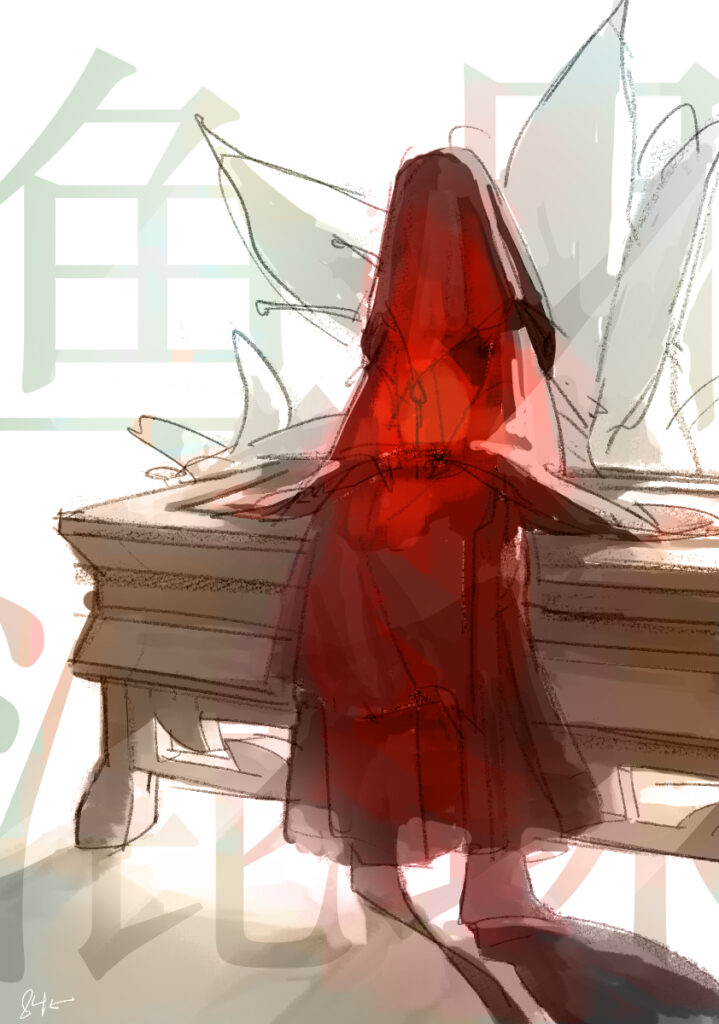